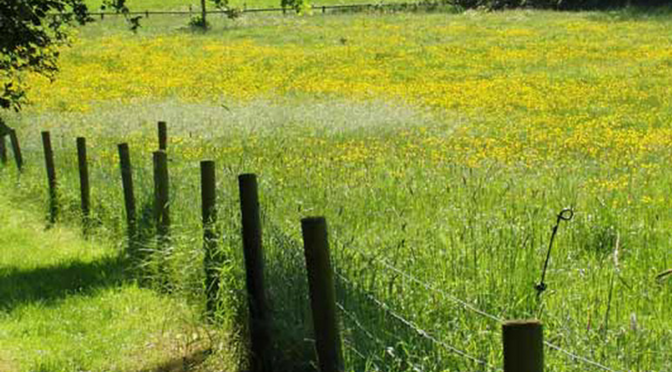 Willoughby has no formally designated wild flower gardens, though some gardens are semi-wild by default, including mine.

In its wildness some cowslips mysteriously colonised my front lawn many years ago, and with no encouragement beyond taking care to avoid them with the lawn mower they seemed to multiply and spread year by year.

But what of the wild flowers of the highways and byways?  In early summer some of the grass verges are home to several vetches, and to white and red clover.  These are examples from a remarkable botanical family, the members of which can fix nitrogen from the air with the help of tame bacteria in their roots. 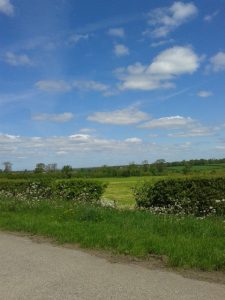 In the lanes there are specimens of cow parsley, campion, buttercups and daisies, nightshade and white dead nettles. Three species of thistles also grow by road-sides, and although in gardens and fields thistles are weeds, and I don’t want them in my garden, it has to be conceded that they have majestic flowers. Presumably a weed is a plant, including a wild flower, growing where it is not wanted?

In former times, when farming was very important to nearly every rural family, the textbook writers of the day were in no doubt about their abomination of weeds. Jethro Tull (1674-1740) described them as Herbae inutiles or Herbae noxiae (useless plants or noxious plants).

An example of a weed which would once have been regarded as no such thing is that impressive invader of Willoughby gardens and wild spots, the teasel, once used in the woollen industry for combing cloth into a nap. Even stinging nettles, of which Willoughby has plenty, had their usefulness in country folklore.

The hawthorn hedges briefly display pleasing little flowers, and in places there are sloes and rose hips growing amongst the hedges. In spring, tucked away under some of the remoter hedges, there are some wild violets.  Whether they are truly wild, or whether their ancestors were escapees from local gardens I do not know. The same doubt applies to some cowslips growing wild in damp spots in some years.

By David Charles, originally published in the Parish Magazine.