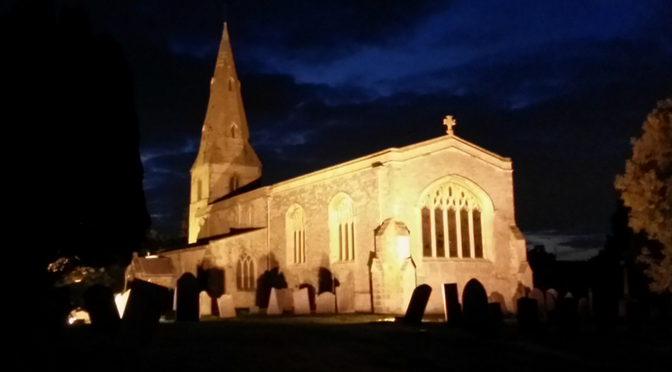 The thought that a church yard is full of echoes of the history of its parish and of rural England is deeply embedded in our culture, and I feel conscious of it whenever I sit on the seat for a rest and a think, or cut the west hedge.

The sentiment appears in literature in such classics as Elegy written in a country church yard by Thomas Gray (1716-1771).  Willoughby church yard has its own historical echoes, and not just in obvious ways such as the dates on grave stones or the documented history of the church. There are some more subtle signs of its past which you may not have noticed. 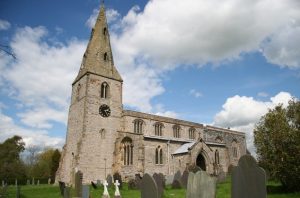 But first some background. We are fortunate that the history of St Mary and All Saints is well documented.  In the 1970s and before at least three undated and unsigned single page histories were produced for the use of visitors. In 1981 the church was featured in Keith Train’s BBC radio series, and his book of the same title, Train on churches. Henry Rowlinson wrote a booklet in 1999, drawing on a university dissertation by Heather Hamilton written in 1970. In 2000 the church was featured in the best seller England’s thousand best churches by Simon Jenkins. In 2004 Tony Cox revised an earlier history by Jim Outram.

What else can the church yard tell us? 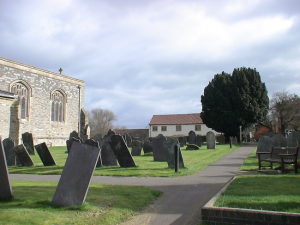 There is an ancient yew tree by the path. It is hard to date because of its hollowed trunk, itself a sign of age, but the tree is almost certainly older than the present church building, which was started in the 13th century. Yews have been planted in sacred places since Celtic times, so it is likely that the site was a place of religious gatherings of local people long before the Romans marched along the Fosse Way.

The west boundary hedge was probably planted in or around 1799, when the parish fields were enclosed. This more or less tallies with dating by Hooper’s Rule of 1974, which suggests that the age of a hedge in centuries is roughly given by the number of tree and shrub species per 30 yards.

Many of the older grave stones are encrusted with lichens. These very slow growing plants (which are partnerships between fungi and algae) are as old as the grave stones, so we can tell how long they have taken to form the colouring effect they now have on the stones. Some have taken more than a century to form their present colonies. There are at least seven lichen species in the church yard. 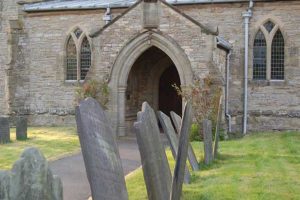 The diversity of wild plants found on a piece of tended ground tends to increase with time and there is a species list in the porch. At least 16 herbaceous species were noted at the time of compiling the list in 2008, as well as 11 trees and shrubs, 4 grasses and 3 fungi, but the list is probably far from complete.

By David Charles, orginally published in the Parish Magazine