The Millennium Wood is part of The Woodland Trust’s “Woods On Your Doorstep” scheme to create over 200 new woods, nation-wide, for the Millennium.

It is located at the north-eastern end of the village, as you head out towards the A46 and  can be accessed on foot along the public footpath and bridleway known as Bryans Lane, opposite Baxter Farm.

A view of the Willoughby Wood pond: 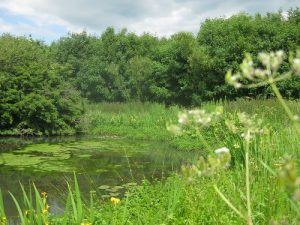 At the Annual Parish Meeting in 1996, when it was realised that there was no wood of any kind within the parish boundary, Willoughby resident Brian Thornally proposed the creation of one as a worthy village project for the Millennium. 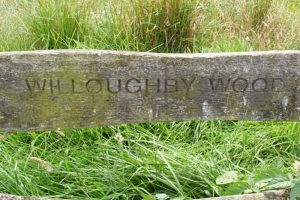 The Woodland Trust showed interest and the Parish Council gave its blessing, so that a local wood could be included in the Trust’s “Woods On Your Doorstep” scheme to create over 200 new woods, nation-wide, for the Millennium.  The Trust’s officers soon raised the required funding and called meetings in the village to design and name the wood.

History of the land

Part of field OS3638 was sold to the Trust on 31st December 1998.  The prior history of this land is that it was enclosed in 1799 out of the Heaning open field and was part of the Award (of 52 acres) to John Plumtre of Nottingham. 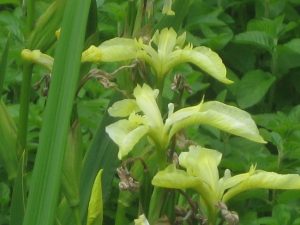 It was sold-on to John Bakewell, who died in 1852 and whose absentee heirs managed the land until 1919, when they sold it to Thomas Emmerson of Willoughby.  It passed to Sidney Emmerson and down to his daughters, who sold it to Brian and Brenda Thornalley in 1986.  They, in turn, marked-off 6.25 acres for the Woodland Trust to acquire.

On 11th December 1999 a large number of villagers and friends began the creation of the Wood by planting 1000 native broadleaf trees.  Contractors planted the other 3000 in the following week.  As an eventual “feature” tree, just inside the gate, the Thornalley family donated and planted a Millennium Yew on 8th January 2000.  This tree was propagated by the Conservation Foundation as a cutting from the 2000-year old Buxted Yew.

Since then, village volunteers planted 800 thorn whips to form a boundary hedge and also, on separate occasions, hundreds of daffodil and bluebell bulbs and some snowdrops.  Several individual residents have donated specimen trees, from time to time.

Although widely regarded as a “community” wood, Willoughby Wood is and will remain in the ownership of The Woodland Trust, a national charity based in Grantham.  The Trust welcomes responsible visitors, who should access the Wood on foot along the public footpath and bridleway known as Bryans Lane.  This Lane is also the landowners’ access to fields enclosed on either side in 1799, following an Inclosure Act of Parliament dated 1793.