Birds to Spot in Willoughby

I think I have identified over 40 species of bird in Willoughby in recent years, but I dare say that there are many residents, far more expert in ornithology, who could name many more.

Of all the vertebrate wild animal life, it is probably the birds which attract the most amateur and professional observers. Perhaps this is because they present us with such a variety of markings and colours, and shapes and sizes. Birds can be classified according to their zoological groupings, but for the casual observer of our local birds I should like to group them by their effects on our local environment. 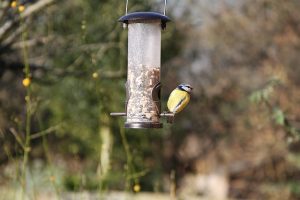 Garden visitors are a group of interest to many. Some residents put out peanuts and bird seed mixture, and favourite avian visitors to gardens include several species which everyone recognises, such as robins, wrens, blackbirds, thrushes, blue tits and great tits, hedge sparrows and house sparrows; though sparrows, once so common, seem less numerous than they were.

These small birds are occasionally attacked by sparrow hawks. More colourful visitors include two species of woodpeckers, several finches, fieldfares and redwings, as well as pheasants wandering into gardens from the fields.

Some may regard certain garden visitors as nuisances, because they interfere with attempts to attract the small birds.  These less popular visitors include starlings, collared doves, magpies and jackdaws. Regular visitors to the fields are wood pigeons, rooks and lapwings. 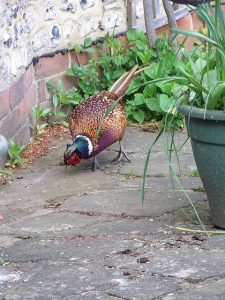 Popular visitors to the parish include cuckoos, swallows, swifts and house martins; and perhaps they are welcomed as harbingers of summer. A resident bird with something of a special diaphanous aura of its own is the barn owl. Then there are the passers by, like the gulls, and the other migrants, which stop for feeding on their way to somewhere else.

There are some herons, which meet with a mixed reception from their human neighbours. While some appreciate their slow-motion majestic flight along the line of the brook, pond owners may be less enthusiastic.  Water birds also include mallard ducks and moorhens.

Whatever your personal villains and favourites, I suspect that most would agree that the local birds add some interest and colour to the parish.